Where's My Promise God? Did I miss it? 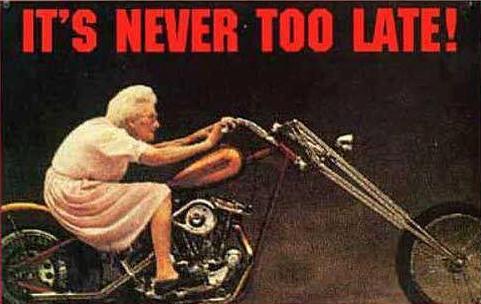 I just love Abraham because he was given such a BIG promise from God even when it seem against all odd. Let's take a peek into a time in his life where the promise of God was being challenged within him and see how you  might just compare to him!


1. You Receive an Amazing Promise from God

Romans 4:17 “A FATHER OF MANY NATIONS HAVE I MADE YOU”in the presence of Him whom he believed, even God, who gives life to the dead and calls into being that which does not exist.

There is something so life-giving about having a promise from the Lord!  When you have that promise, it is something that can keep you focused, help you get through the tough days, and gives you the strength you need to keep persevering.  Personally, I have many promises that has been given to me by the Lord, and I have seen many come to pass; but there are many more that have been spoken and are still a live in my heart.

2. You will be challenged with the opportunity to give up hope
18In hope against hope he believed, so that he might become a father of many nations according to that which had been spoken, “SO SHALL YOUR DESCENDANTS BE.”

I love that line "hope against hope".  Look at what that word hope means.
Hope= An expectation of evil, fear
Hope= A feeling of expectation and desire for a certain thing to happen


There was a battle going on in Abraham. He compared hope against hope. The feeling of the promise never coming to pass and the feeling of expecting God to do what He said He would do! What did he do? The word says, HE BELIEVED!


3. You will want to look at the circumstances in your life and compare to God's promises
19Without becoming weak in faith he contemplated his own body, now as good as dead since he was about a hundred years old, and the deadness of Sarah’s womb;


Here we find Abraham looking at the natural circumstances and wondering how could this ever be? How can God's promises still stand?   The temptation to look at what you see and compare it to the fulfillment of God's promises is always lurking in your mind.  God doesn't look at what man sees, He is looking at the big picture and He knows the perfect timing for your promises to come in your life!  It's all in God's hands!

Abraham did it for YOU too!
22Therefore IT WAS ALSO CREDITED TO HIM AS RIGHTEOUSNESS.23Now not for his sake only was it written that it was credited to him,24but for our sake also, to whom it will be credited, as those who believe in Him who raised Jesus our Lord from the dead,25He who was delivered over because of our transgressions, and was raised because of our justification.

If God is not a respecter of persons, then just as He Promised Abraham and fulfilled His Promise..HE will do the same for you!

Posted by Ideallyyou at 3:38 PM