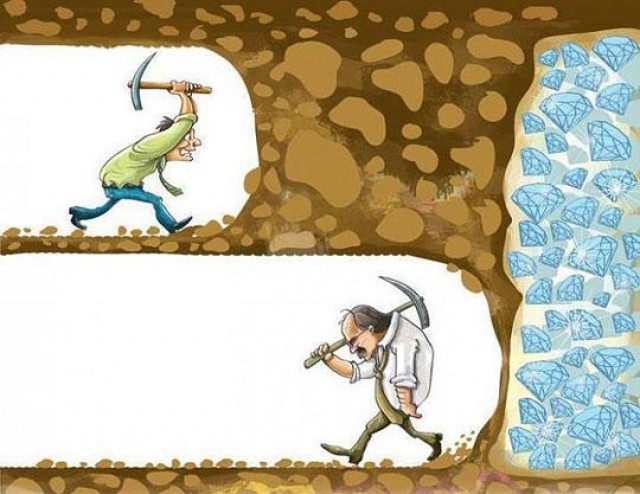 The people who need to hear the words "DON'T QUIT" are the ones who say, "I don't want to hear 'don't quit', one more time", "you don't understand", "I've given it my all, I've trusted all I can trust".

Maybe you can relate with Elijah who had great faith, but..

41Now Elijah said to Ahab, “Go up, eat and drink; for there is the sound of the roar of a heavy shower.”42So Ahab went up to eat and drink. But Elijah went up to the top of Carmel; and he crouched down on the earth and put his face between his knees.43He said to his servant, “Go up now, look toward the sea.” So he went up and looked and said, “There is nothing.”

Looking at Elijah's stature at this moment, might tell us, that even though he spoke with great authority to Ahab, the Word and Will of God; he might be concerned with the fulfillment of what God had spoken.  "There was nothing", no manifestation of what God had promised. Where was God, where was His promises, why isn't it happening? Why me God??  Does that sound familiar?

BUT Elijah didn't give UP!

And he said, “Go back”!!!! seven times. Keep looking, don't give up, My God is faithful! Even though, in his flesh, he may have been afraid it wouldn't happen. He HAD to trust God at His Word.

Promise Fulfilled:
44It came about at the seventh time, that he said, “Behold, a cloud as small as a man’s hand is coming up from the sea!

Seven: being the number of perfection! In GOD's perfect timing, not ours, HE fulfilled His promise!

You are CLOSER now than you have ever been! Keep moving, Keep trusting!!

I love this quote I found:

When the world says, “Give up,” Hope whispers, “Try it one more time.”
- Author Unknown

Posted by Ideallyyou at 1:33 PM


Confessions: Promises in the Word of God