Changing the World: Me? 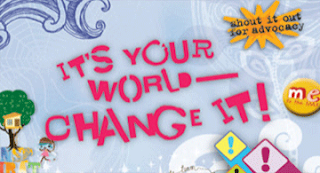 One of my TRUE stories:
First time ever written

I have always had such a deep passion to make an impact in the world by reaching the hearts of people with the Love of God. Even as a young girl, I would imagine reaching out and helping someone in need.


I attended high school with this young girl named “Rachel”. She was a very quiet, withdrawn girl. Me, always being drawn to the un-popular, I began to reach out to her and befriend her. Hidden under the exterior of fear was this beautiful, lively girl full of dreams for her life.

One day as we were talking she began to open up to me and share about her living conditions. She was living in this “community” where no one was allowed to have friendship outside of their community.

She was not allowed to have a job, they told her who she had to marry, no one was allowed to have their own bank account; all assets had to be turned into the Head Leaders. I’m sure you can see where I am going with this; “Rachel” was born into a “cult” environment.
She desired so much for her life and because of the control and manipulation she was under and gripped with fear; she could see no way out.

It became a regular conversation of ours, her expressing more and more unhappiness with her life. We were only 17 years old at the time, but my heart was so heavy for this girl and I wanted to help her in such a desperate way. I felt every girl should have a chance to have a beautiful, fulfilling life.

We began to talk more about her family members that were outside of the “cult” and she mentioned she had an aunt that had broken away many years ago. This perked my interest. I told her to find out if she could locate her number. She immediately rose in fear, saying if she got caught horrible things would happen to her; well, only being 17 years old I told her to try anyway.

She was not allowed to make any outside contact herself, so I knew once I had the information I was going to have to take matters in my own hands.

“Rachel” came to school one day with the phone number in her hands shaking with fear. I took the number and placed it in my wallet and told her “not to worry, everything was going to be okay” “you are going to be free to live your own life, just trust me”. As I write this, I’m thinking to myself, “what the heck were you thinking?”


I now know, only the leading of the Love of God could get me to do what I did next. I met with a girlfriend at the school, Carla McKinney, who I could trust and told her the entire story and asked her for her help. She was on board immediately.

We contacted the aunt of “Rachel” who was so excited to hear about the news of her niece. We told her the entire story that she desired to live a life of freedom. So we came up with a plan.

The last day of our senior year “Rachel came to school with all the things she knew she could take with her; which was only a simple backpack. Throughout the entire day we were so nervous and anxious hoping and praying that everything would go as planned.

After lunch, I parked my car at the other end of the building; where students were not allowed to be and as soon as the final school bell rang, the three of us took off running through the hallways of the school, out the back side of the building and into my 1968 Chevy Nova named “Rusty Ann”. We drove as fast as we could out of the school parking lot, wondering what are we doing, but feeling it was so right; kept going.

Our adrenal was running so strong, that I cannot even remember if any of us said anything in the car. I wonder what was going through “Rachel’s” mind at the time. I never asked her. We had set up a location outside of the school to meet her Aunt. We pulled up to that meeting place and were able to reunite the two together. We all sat and talked for a few minutes, introduced “Rachel” to her Aunt and then pulled away.

I honestly never knew what happen to “Rachel” after we left her with her Aunt. Years had gone by and I went to go grocery shopping at a store I never go into, on a side of town I never go to. As I was being checked out by the cashier, the girl looked at me and said, “you are Barb Pruitt, aren’t you” and with a puzzled look on my face said “yes”. She said, ‘you don’t recognize me do you?” No, I didn’t know her face. She smiled brightly and said my name is “Rachel” the girl you rescued from the “cult”.

Wow, now in my 20’s I immediately saw the gravity of what us naive high school girls did that last day of school. I found out she had continued to be safely out of the cult, she went on to marry and have 2 kids and was extremely happy. With a bright smile, I will NEVER forget, she thanked me as he bagged my groceries.

I have never seen her again, but what a gift to give my heart to know I was a part of helping change her life!

Proverbs 31:25 "She is clothed with strength and dignity; and she smiles at her future"

Email ThisBlogThis!Share to TwitterShare to FacebookShare to Pinterest
Labels: Changing the World: Me?